ANISH KAPOOR TOPS 2020 HURUN INDIA ART LIST
For the second time, Anglo-Indian artist Anish Kapoor is at the top of Hurun India Art List 2020 with sales worth Rs 44.39 cr. He is followed in the list of the 50 best living artists in India, by the painter Rameshwar Broota. Atul Dodiya, 61, and Jitish Kallat, 45, enter the top 10 for the first time. The youngest on the list is 39-year-old contemporary artist Valay Shende. Of the total, 22% are female artists. Modernist painter Arpita Singh continues to remain the most famous Indian female artist with cumulative sales of Rs 5.09 crore.
Of the top 50 artists, 17% live outside the country. New Delhi continues to remain the art capital of the country with 19 artists in the list, followed by Mumbai with 12 and Kerala 9;
Hurun Global President Rupert Hoogewerf says Indian art is highly undervalued as the most expensive works of Indian art sold at auction were the paintings of deceased artists Francis Newton Souza and VS Gaitonde for only $ 4 million each. According to him, the art auction market in India represents only 0.4% of the world art auction market, behind the United States, China and Great Britain with respectively 35%, 31% and 15% of the $ 13.3 billion market

CONTEMPORARY ART MARKET GEOPOLITICS: ASIA REMAINS SECOND
The United States remained the contemporary market’s primary growth engine in 2019, although the Asian market is developing and diversifying, led by Hong Kong, which builds bridges between Asia and the West. With 29% of market share, and despite a slowdown in Chinese turnover in the contemporary art segment (-13%), Asia remains the second global power thanks in particular to the development of the market in Hong Kong.
Hong Kong accounts for nearly half (46%) of the contemporary art market in Asia and 14% of the global market. It is now the third fastest growing city in the world after New York and London for contemporary art auctions. No tax is levied on imports and exports of art in Hong Kong, which fully plays its role as an international trading platform.
Another important market in Asia is Japan, which recorded a 38% increase in auction turnover from contemporary art in 2018/19, reaching a total of around $ 20 million. Tokyo is now the 5th largest city by sales volume, just behind Beijing. The Japanese market is carried by a number of star artists including Yayoi Kusama (born in 1929), Yoshimoto Nara (6th in the top 500) and Takashi Murakami (3rd best-selling contemporary artist with a total of 594 lots sold in 2018 / 19)
In January 2019, Taiwan launched a new fair, Taipei Dangdai, whose first edition displayed an excellent level of professionalism. The big names of the Western art market (Gagosian, David Zwirner, Hauser & Wirth and Thaddaeus Ropac) rubbed shoulders with their Asian counterparts Kukje (South Korea) and Tina Keng (Taiwan). These galleries have made a strategic choice knowing that Taiwan is home to 521,000 millionaires for only 23 million inhabitants.
The most dramatic slowdown in Asia was in Singapore, where sales of contemporary art auctions were down 64% from the previous year. It just reached $ 655,000 on 95 lots sold in 12 months. The deterioration appears to have anticipated the contraction of the Singaporean economy in the second quarter of 2019, hit by the trade war between the United States and China and also the cancellation of Art Stage Singapore in early 2019.
The contemporary art market will inevitably be very disrupted in 2020, a consequence of the pandemic and the decline of world economies. It will be all the more difficult to compare developments in the different countries.
Source: Artprice, The Contemporary Market Report 2019 Cancellation of fairs, auctions, art exhibitions, closing of museums, the art world quickly reacted to this collapse in activity. In Hong Kong already in early 2019, the gallery owners immediately opted for a program of virtual exhibitions. The famous Sotheby’s set up a multidirectional strategy on the web and its competitor Christie’s rapidly did the same. Today they compete in imagination to multiply transactions.
The largest contemporary art fair in the world, Art Basel, which was to be held in June, was canceled in favor of a web version, from June 19 to 26, 2020. The challenge is for gallery owners to sell works of millions dollars as proposed by the fair this year on its site, explains Judith Benhamou-Huet in the French magazine Le Point. A transaction has already been completed in this context. A sculpture by Jeff Koons was officially sold for $ 8 million in the opening VIP hours of the operation. On June 29, 2020 at Sotheby’s, a triptych by Francis Bacon should be offered for sale, exclusively online, from London, starting at $ 60million. New York City's most ambitious cultural event, the Asia Society Triennial, that was scheduled to take place from June 5 to 9, 2020, was postponed until fall 2020 due to the COVID-19 outbreak. This Triennial will then be the first recurring initiative in the United States devoted to contemporary art from and on Asia. Entitled "We Do Not Dream Alone," the exhibit is expected to showcase 41 artists and collectives from 20 countries in Asia. Participants work in a variety of disciplines, including painting, sculpture, photography, video, fiber art and performance, and almost half of them were asked to create new works. Among the participating artists are : Christine Ay Tjoe (Indonésie), Dinh Q. Lê (Vietnam), Natee Utarit (Thailande), Sun Xun (Chine), Xu Bing (Chine) Sotheby’s online sales of contemporary art - May 4-14, 2020 - reached $ 13.7 million - more than double the previous record for an online art sale three weeks ago. However statistics do not take into account the high number of withdrawn works, indicated Artnet News.
Overall, this is the highest result to date for online sales - and many of art prices seem to demonstrate that people are ready to buy works by younger and lesser-known artists, especially by museums. Among Asian artists, there was a strong demand for Japanese artist Yoshitomo Nara, whose auction record reached just under $ 25 million at a Hong Kong auction last fall. Witching (1999), a painting of one of his iconic childish figures with closed eyes and obstinate expression, was sold for $ 740,000, with an average estimate of $ 600,000 to $ 900,000. 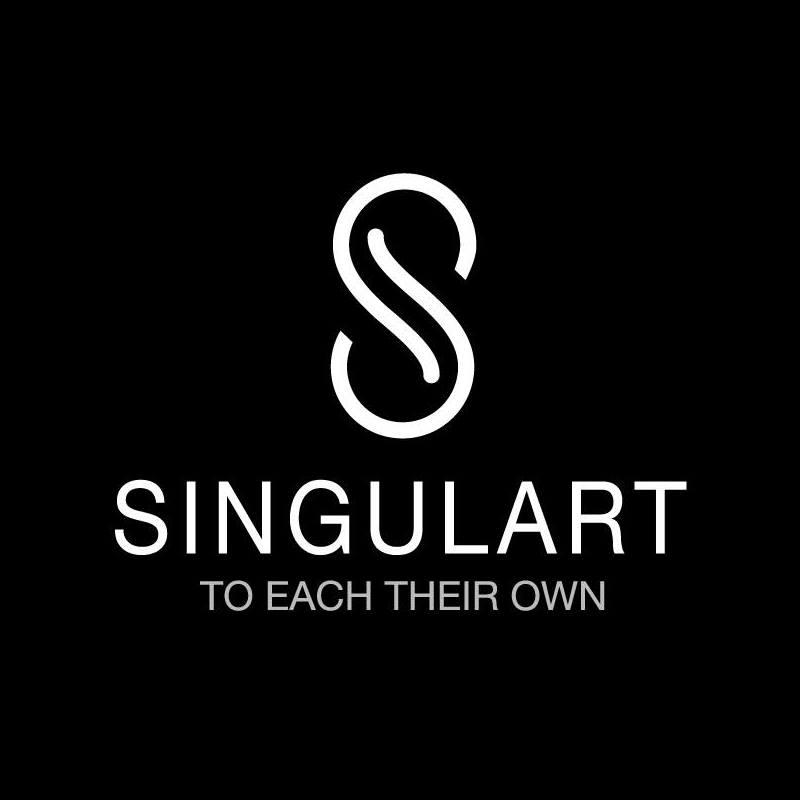 Singulart connects artists and buyers from around the world, taking in charge all the administrative and logistical part. The French start-up was founded by Vera Kempf, Brice Lecompte and Denis Fayolle. Launched in Paris in August 2017, its activity tripled during the lockdown, with an 86% growth in its business volume in March and April, reports the newspaper Les Echos, May 7, 2020.
Singulart sells works by artists of 110 different nationalities and in 55 countries. Today, "92% of our sales are cross-border," says Vera Kempf.
The company showcases more than 2,200 artists on its platform and has around 200 regular buyers. Its average basket is around 2,000 euros, and its business model is based on a commission between 40 and 50%, applied to the final sale price.

Recently Singulart turned to Asia. So it launched a site fully translated into Chinese, with a different local approach, notably commercial. For example, in China, the figurative is more successful than the abstract. “Sales from Hong Kong on our platform worked very well, explains Vera Kempf. We had very positive signals and decided to set up there. ” The company recruited a Chinese employee to develop the portfolio of buyers, but it does not plan to offer local artists on its platform for the moment.

THE ART ANGLE PODCAST : AI WEIWEI EXPRESSES ABOUT CORONAVIRUS, CHINA, AND THE NEW ROLE THAT ART COULD PLAY 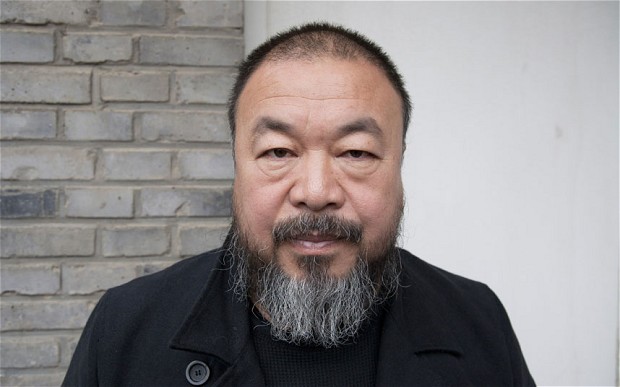 As the coronavirus outbreak continues to cause devastation at varying degrees around the world, the famous Chinese artist Ai Weiwei focused on how the disease shows the failures of governments and widens the lines of geopolitical divides between powers worldwide. Although China, where the disease started in December 2019, appears to have contained the virus enough to begin to return to some kind of normalcy, serious questions remain about the transparency of Xi Jinping's regime towards the disease .
After being chased by Party officials in response to his investigative work, Ai Weiwei knows better than anyone how the tentacles of the authoritarian Chinese government can reach citizens who want to criticize the state. He believes that here too, the bureaucracy's reluctance to admit its own mistakes has had disastrous consequences for others, this time around the world. But he also considers that the main Western countries, in particular the United States, are partly responsible for the fact that they have been too accommodating towards China for too long, all in the search of profit.
The Art Angle (Artnet News April 23, 2020) released a video podcast in which Ai Weiwei speaks about the outbreak, its effects on global politics and how artists can contribute to a world in turmoil. "Art plays a crucial role in societies but, in China, it never works as it should do because of current strict censorship laws," said the artist during a vision conference in Oslo in mid- April 2020. 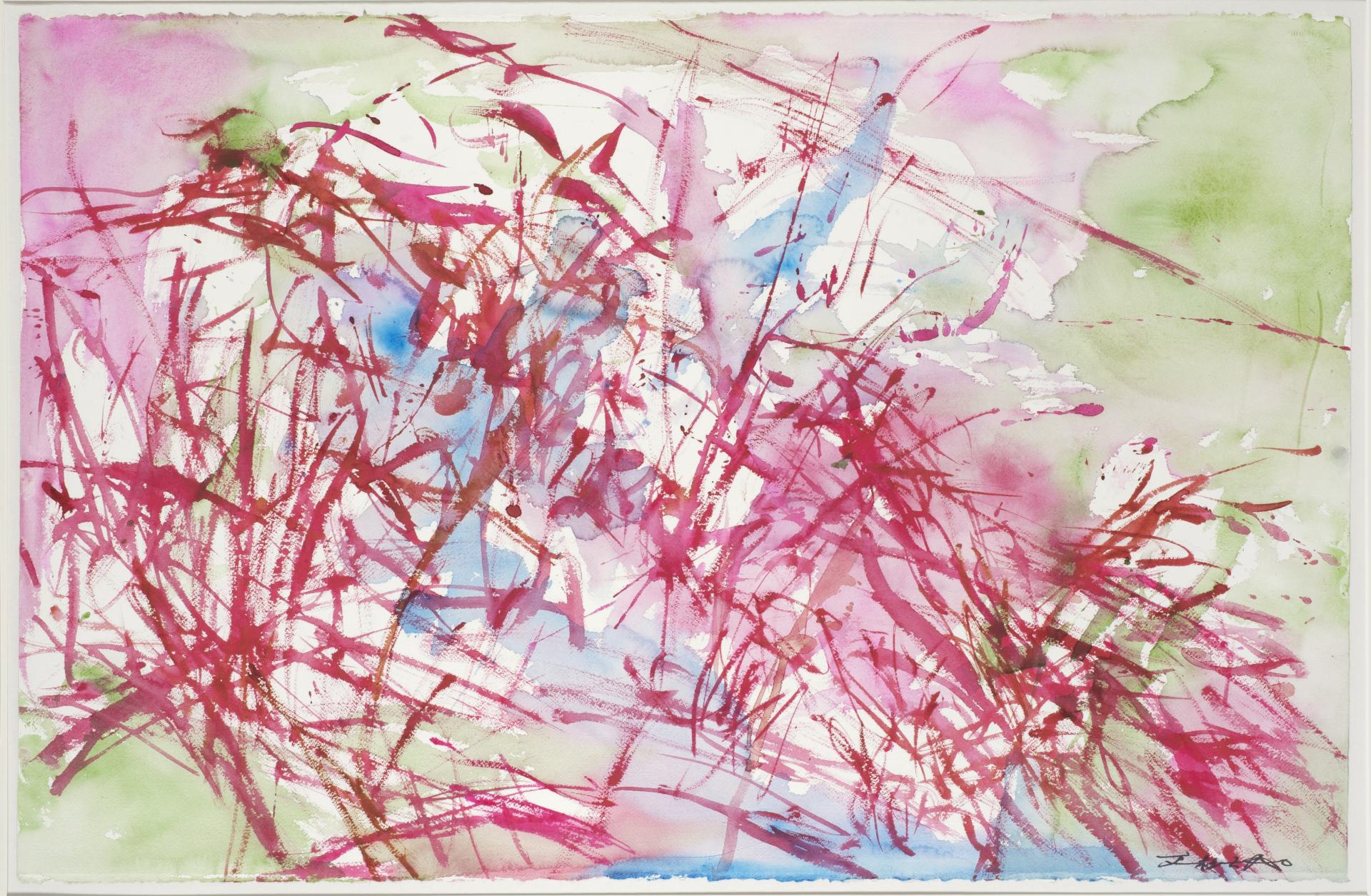 In March 2020, Dominique de Villepin, owner of the eponymous gallery, said the inaugural exhibition, entitled "Friendship and Reconciliation", with works by Zao Wou-Ki, was timely. "There has been an acceleration of trend in recent months, which is that of nationalism, protectionism and isolation," said Dominique de Villepin, a previous French prime minister. "There has been American politics since [Donald] Trump took power, and even before that," he added, referring to the growing division caused by the closing of the country's borders and racism in the midst of fear of coronaviruses. “We have to measure the new world we face, to fight againt this fear. Of course, we must adapt, protect ourselves and be disciplined collectively. But fear must not gain power. In art, we can find the wisdom, the distance and the questioning that art offers, to help us live this moment in the best way. "
The exhibition is more than a presentation of paintings for sale by Zao Wou-Ki, although he has been a favorite in auctions in recent years. It is also an attempt to retrace the artistic trajectory of an artist who reconciles with his identity and of the long friendship between Zao Wou-Ki and the Villepin family.
"The quest for [Zao] 's life was to find the truth in art," says Dominique de Villepin. “Friendship was a necessity for his creation. He also saw the division of the world, between figuration and abstraction, between East and West. Division must be set aside in order to emphasize reconciliation. It's a huge lesson he taught us. "
Arthur de Villepin – the manager of the gallery - said that the gallery is designed as a house to give visitors the feeling of entering the house of an art collector. "Our exhibitions are more personal," he said. "We hope to create a dialogue and bring people together." He added that his new gallery in Hong Kong is a long-term commitment: “Geographically, Hong Kong has a strategic location being at the center of Asia-Pacific. And the ambiance and energy of the city is something you can't experience anywhere else in the world ».
Extr.  Artnet news, 23 Mars 2020

Each year, Artprice draws up an international report on the contemporary art market, as seen through the prism of auction sales. This report is based on an analysis of sales results registered for artists classified as “contemporary” according to their year of birth: here, those born after 1945.This report contains original rankings, such as the Top 500 contemporary artists according to turnover